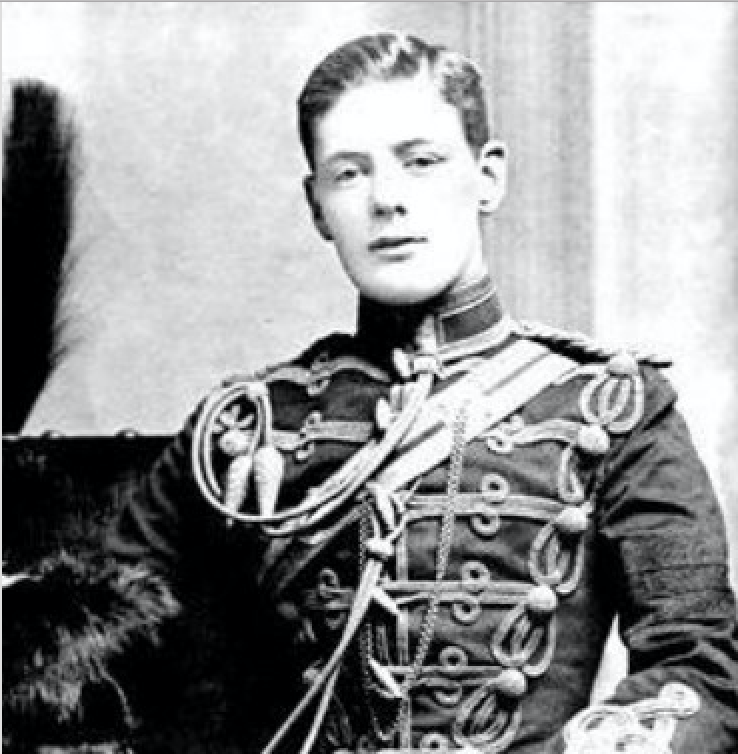 “Fanaticism is not the cause of war. It is the means which helps a savage peoples to fight.” Over one hundred years ago, in a sweltering desert very similar to that in which the Islamic fanatics of ISIS now wage their atrocious war, a young cavalry officer made this point, one that is today so salient and yet too neglected. At the age of 25, while recounting his experiences in the long forgotten and heretofore not so historically significant 1898 Mahdist War in the Soudan (Sudan today), Sir Winston Churchill unknowingly gives us insight into the motives of our present enemy.

If you read or listen to pundits and self proclaimed Islamic scholars debate whether Islam advocates or condemns violence, you are left with more questions than answers. The fact remains, however, that all of the recent acts of terror were committed in the name of Islam and that these attacks grow more numerous and more ferocious daily. This leads most to ask the question “Is Islam an inherently violent religion, bent on conquest and slaughter?” Perhaps, though, the answer to this question is irrelevant. Perhaps Winston Churchill happened to describe perfectly, in his 1899 book The River War, the role that Islam actually plays in Islamic terrorism and in the rise of ISIS.

A brief history lesson, based off of Churchill’s own writing, is necessary before this little known conflict on the Upper Nile can be further cited.

The Sudan, one of the most rugged and harsh regions of Africa, envelops the southern reaches of the Nile River and subsequently, in the late 19th  century, was crucial to trade with the African interior. It was as valuable then for the transportation of central African resources as Syria is today for the transportation of oil. The value of this land was not lost on the more enterprising nations of the African continent and as consequence it was invaded and subjected to Egyptian rule. To paraphrase Churchill, the Egyptian government in the Sudan was corrupt, violent, and exploitative. This coupled with the unskilled, untrained, and undisciplined government forces (the exact same issues with the Iraqi government forces of today) made rebellion in the Sudan an inevitability.

In 1881, Muhammad Ahmad proclaimed himself Mahdi, successor to Muhammad, and called for the establishment of a new caliphate, and for the conquest of the Sudan and surrounding areas. He raised an army, swiftly defeated Egyptian government forces, and finally defeated British General Charles Gordon, who was in command of Sudanese forces at the strategic city of Khartoum, at the confluence of the Blue and White Nile (major trade routes).

Following the Mahdi’s death and the ascension of his second in command Abdullah Muhammad, Mahdist forces swept through the Sudan and surrounding areas with speed comparable to that of ISIS in the Middle East. Finally, in the twilight years of 1890, a grand Egyptian army under command of Sir Herbert Kitchener, along with British units including Churchill’s 21st Lancers defeated the Mahdists and crushed the rebellion at The Battle of Omdurman.

A detailed reading of this account reveals that the similarities between the Mahdist Rebellion and the rise of ISIS are so numerous that one could, with great ease, write volumes comparing the two. For the sake of this article however it is necessary to focus on the revelations of Winston Churchill, influenced by General Charles Gordon, who before the turn of the 20th century describe today’s current Islamic issue perfectly:

“The desert tribes proclaimed that they fought for the glory of God. But although the force of fanatical passion is far greater than that exerted by any philosophical belief, its sanction is just the same. It gives men something they think is sublime to fight for, and it serves them as an excuse for wars which it is desirable to begin for totally different reasons. Fanaticism is not the cause of war. It is the means which helps savage peoples fight. It is the spirit which enables them to combine—the great common object before which personal disputes become insignificant.”

This quote encapsulates the role of Islam in ISIS far better than any current politician or pundit could ever do. It makes clear that Islam is not a cause, it is a tool. The leaders of ISIS utilize the religion of Islam to bring together the various cultures of Iraq and Syria, cultures that in the preceding years were in conflict, to fight for the greater goals of the organization.

ISIS wants to establish a caliphate, an Islamic State, just as the Mahdists did in the late 19th century. Perhaps the founding principles were religious fervor, as they were in the Sudan, but once the existence of a nation became a reality, the motives shifted, as they do in every case, to increasing power and influence. While it is the stated goal of ISIS to create a caliphate and convert all to Islam, like any organization, the actual goal of the organization and its leaders is to secure power and influence for themselves. They have no qualms using their religion to gain the support and unity necessary to achieve their goals.

This of course means that our attitude throughout the Middle East is simply wrong, we are not fighting terrorist who want to kill us because of our way of life. We are fighting a rebellious organization that seeks to take control of the Middle East and gain, for themselves, political and economic power. We should wage war accordingly. If our goal is Middle Eastern oil, then that is what we must fight for. If our goal is stability, then we must fight to institute a stable government, not necessarily a democratic one. If our goal is to end their attacks, then we must wage a punitive war. If they are not in actuality fighting for an ideology, why should we fight against one?

Churchill, Winston Spencer, and Francis William Rhodes. The River War: An Historical Account of the Reconquest of the Soudan. London: Longmans, Green and, 1899. Print.

One thought on “Radical Islam and The River War: Some Things Never Change”