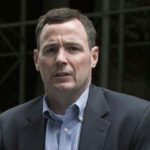 1999 clemency grant to 16 terrorists whose FALN murdered his father Frank Connor, the Senate Judiciary Committee in 2009 during Eric Holder’s confirmation hearing and introduced The Pardon Attorney Reform and Integrity Act to Congress in 2000.  Mr. Connor led the successful 2011 effort to deny parole to the terror leader who refused the Clintons’ 1999 clemency grant.

Having commuted through the WTC on 9/11/01, Connor eye-witnessed the attacks from his nearby office, in which his cousin, his father’s god son was murdered among almost 3,000 others.

As a 9/11 family member Joe spent a week at the Guantanamo Bay Naval Base in February 2016 observing the 9/11 terror trial motions.

Joe was featured in a 2016 Advertisement for President Trump, Russian Roulette, a political advertisement in the 2014 Arizona Governor’s race and had a key role in the Citizens United documentary, Hillary the Movie that was the impetus for the Supreme Court’s overturning of the McCain Feingold Campaign Finance law.

Joe received a 2011 award from the National Conference on Jewish Affairs and The United Liberty Alliance and has spoken at several Tax Day rallies.

A 1988 graduate of Villanova University, Joe is married and lives in the NY metropolitan area with his wife and two children. He works in the financial services industry.

Mike Duncan is a husband and father of two. He works 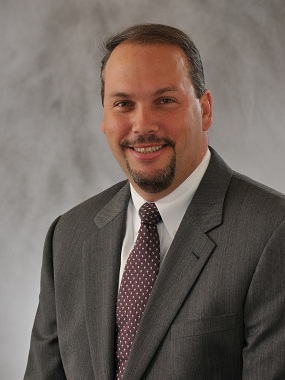 in the financial services industry where he is a frequent guest speaker on merger & acquisition industry trends. He is also a regular lecturer of continuing legal education courses to corporate law firms in the U.S.

Mr. Duncan has written numerous articles on shareowner services for trade publications as well as an article on stock options in the Spring 2009 edition of The Journal of Employee Ownership Law and Finance published by the National Center for Employee Ownership.

A 1988 graduate of Villanova University, Mike is married and lives in the NY metropolitan area with his wife and two children. He serves as an officer in The Knights of Columbus and member of the local Tea Party. Mike is very active in his church and youth sports as well.

In the summer of 2016, Frank worked in Congressman Scott Garrett’s office handling constituents concerns and learning what the American people expect of their government. That same summer, he began his writing career with Western Free Press, publishing articles of conservative opinion. In 2017, Frank was appointed to the Bergen County Republican Committee in his home state of New Jersey, making him its youngest member. Frank now works to prepare younger generations of conservatives for the intellectual battles they will face in college and the years following.

2 thoughts on “About Us”