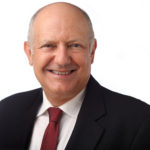 Precursing 9/11/01, Americans have
been murdered by terrorists for decades. 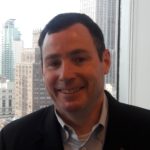 thereader into the graphic horror of major terror attacks, the lives of victims and their families, the aftermath of their shattered lives and even the terrorists themselves, providing context for their deeds.

Shattered Lives uniquely connects the acts and actors of these past events to our current and even future situations.

Many of those days, I thought of 26 year old Charles Steinberg sure that my colleagues all around me never heard his name; never knew who he was, never knew of the terror bombing, the horrendous carnage  and the murder of Mr. Steinberg that occurred in that very lobby on August 3, 1977.  Did anyone know that on that day some 40,000 people in the World Trade Center were evacuated due to the same terrorists’ threat to the twin towers?

I was sure that no one around me knew that my father, 33 year old, Frank Connor and three other innocent men were murdered by these terrorists two years earlier, on January 24, 1975 in the cradle of American Liberty, Fraunces Tavern or that our father’s god son, cousin, Steve Schlag was murdered in the WTC a generation after these terror attacks.

Did anyone know the source of this evil?  How many of them heard of the Puerto Rican separatist terrorists, Armed Forces for National Liberation (“FALN”), about their reign of terror or about the lives they SHATTERED?

I began writing what what evolved into this book on the train ride home from lower Manhattan on September 10, 2001

This book went nowhere until I met Jeff Ingber, a very accomplished writer

Shattered Lives is ultimately an uplifting though cautionary story of uniquely American families overcoming and fighting back against the murder of their loved ones, the political use of their murders by the highest levels of the United States government and what we the people can do improve our future.