Fraunces Tavern in lower Manhattan is where, on December 4, 1783, General George Washington bid an emotional farewell to his Revolutionary War officers before returning to his beloved Martha at their Mt. Vernon home in Virginia. It is also where Marxist terrorists committed mass murder forty years ago today. The New York Daily News described the bombing and aftermath:

At 1:29 p.m., a tremendous explosion rocked the building, sending shivers up to the 60th floor cafeteria of the nearby Chase Manhattan Bank building. Firefighters found a scene of “utter havoc,” with blood- and dust-covered men and women, many in business attire, writhing in agony in the streets, or shrieking under piles of rubble, or wandering about with stunned, blank eyes.

Sherburne, Connor and Berger died on the spot. Gezork lost his fight for life later at the hospital.

Within 15 minutes — even as, the News noted, “dazed and screaming victims, one of them with an arm torn off, were being carried away” — the Associated Press received a phone call. The caller boasted that the bomb was the handiwork of the FALN, the Armed Forces of Puerto Rican National Liberation, radicals devoted to using violence to free the island from the grips of the United States. 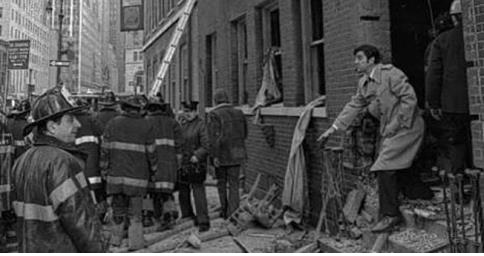 In a note police found in a phone booth nearby, the FALN wrote, “we … take full responsibility for the especially detornated (sic) bomb that exploded today at Fraunces Tavern, with reactionary corporate executives inside.”
…
More bombings followed here, including one in the Mobil Building on 42nd St. that killed an attorney, and in Chicago, Washington, D.C., Newark and Miami. Over the next nine years, FALN would take credit for more than 130 bombings that killed six, and maimed and injured scores of victims.

This week, Joe Connor spoke with Mike Pesca of Slate Magazine on The Gist about his father Frank Connor’s murder and the years since. President William Clinton and Deputy Attorney General Eric Holder — in an obvious effort to win votes for then Senate candidate Hillary Clinton — gave away the justice handed down by a federal judge to 14 of the 16 FALN members convicted for their reign of terror. Here is that interview:

Update: Joe Connor joined Eric Shawn on America’s News HQs this afternoon. He discussed President Obama’s decision to normalize relations with Cuba in light of the numerous fugitives sheltered there by the Castro regime.