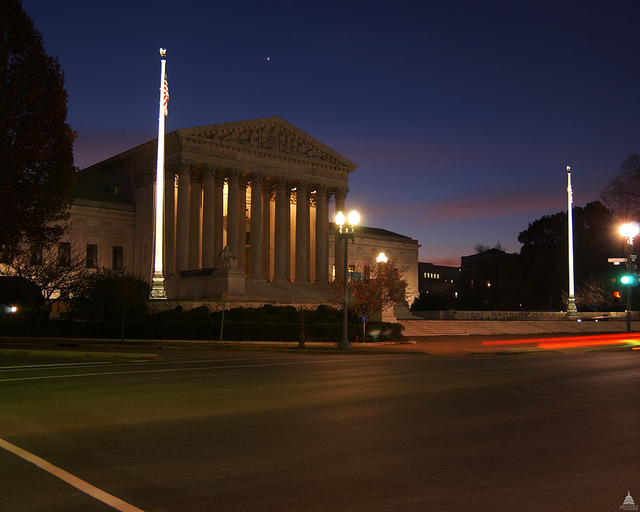 A large portion of the American people are equally appalled by both Hillary Clinton and Donald Trump; many even see them as the same in some policy areas. In this election, however, we are voting for more than just who will be our president for the next four years. We are voting for the future of the Supreme Court. This election will ultimately be a decision between a strong conservative court and a desperately liberal court presiding for the foreseeable future. Some of the most important issues of our time may be decided by the next president’s nominees: First Amendment issues in an increasingly politically correct world, Second Amendment issues with constant calls for the prohibition of “assault weapons,” Fourth and Fifth Amendment issues as attacks by home-grown, ISIS inspired, terrorists continue to cause fear in the United States and Europe, and Ninth and Tenth Amendment issues as both candidates are likely to increase federal power once in office.

The death of Justice Antonin Scalia and the fact that three of the eight justices currently on the bench are over the age of 75, means that whoever is president over the next four to eight years will almost assuredly be nominating close to half of the court during their term in office (note that the two youngest justices were nominated by president Obama). If Hillary Clinton is elected president, it is probable that by the end of her term/terms, six of nine justices will have been nominated by hopeless liberals (Hillary Clinton and Barack Obama) and will be making important decisions on issues that are only now starting to percolate.

With the PC movement growing stronger daily, one of the major decisions of Hillary’s court may be whether offensive speech or hate speech are protected under the first amendment. A court that is beholden to the constitution and not to policy would, of course, affirm that hate speech actually is protected by the first amendment. They have done it before. In the case of R.A.V v. City of St. Paul, they ruled that the hate fueled implications involved in burning a cross on the front lawn of an African American family is within the First Amendment’s protection of free expression (the act itself is still illegal, due to the potential for property damage and because it is a threat to the family, but the expression involved in the act is, nevertheless, protected). A Hillary court, however, would be extremely likely to overturn these rulings, prohibiting speech and expression that they deem is offensive or hate fueled, giving Congress and the President unprecedented powers to make laws limiting the exercise of free expression.

The next court will likely also deal with the increased intelligence gathering operations that will inevitably follow the continuing acts of home-grown terrorists. Terrorists inspired by ISIS that have been causing fear in the United States and Europe. Edward Snowden has already made public some of these constitutionally questionable cases and it seems a certainty that a challenge to these laws on Fourth and Fifth Amendment grounds will take place within the tenure of the next court. If Hillary’s nominees are on the bench when this happens, one can be certain that they will uphold laws allowing these policies to continue, as she was a part of the administration implementing them.

No matter what your feelings may be for Donald Trump, if you are a conservative, the people he would nominate for the Supreme Court are far more likely to share your virtues and protect that which you think is important than those whom Hillary would nominate. Despite Mr. Trump’s personal beliefs, he is bringing more traditional conservatives on board his campaign, a prime example of this is Mike Pence, and it stands to reason that his nominations would follow suit. According to a New York Times article from May, the men and women on Donald Trump’s shortlist are individuals that have a conservative leaning judiciary history, many of them having clerked for Justice Scalia, Justice Thomas, and even for former Chief Justice Rehnquist.

If you are like me, and are still unsure whether you can gather the intestinal fortitude required to vote for Mr. Trump, the most important thing to consider is that, a vote for Donald Trump is a vote for a sound conservative court for the future. A vote for Hillary Clinton is a vote for a future of liberal policy going un-checked.