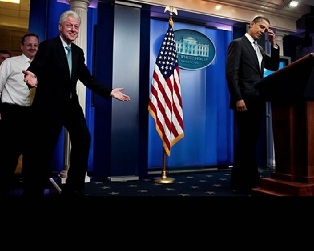 As the Democratic National Convention kicks off, the real question on everybody’s mind is “What is Bill Clinton going to say?” Here’s the guy who in 2008 described candidate Obama to Ted Kennedy by saying that “a few years ago, this guy would have been carrying our bags.”

Now here we are in 2012 and Obama tried all he could to keep Mr. Clinton as low profile as possible this week. Only when the former president threatened to boycott the convention (as his wife Hillary is doing) did Obama give Clinton a prime time slot.

Now comes word that Clinton will not disclose what he will say in his speech. The control freaks at the top of the Democratic Party are losing their collective minds over this, which could make for some interesting viewing.

What are they so nervous about?

Maybe Bill Clinton will let the country know who he is really voting for in November. …