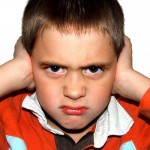 New Yorkers have the good fortune of having a baseball team that consistently wins and is a regular fixture in the baseball postseason. While they are one of the best teams in baseball year in and year out, the same cannot be said of their longtime play by play radio announcer.

John Sterling has been the Yankee radio announcer for the last 23 years. The fact that he lasted as long as he has makes even the most diehard Yankee fan scratch his head in amazement.

His calls of near homeruns being caught on the infield grass by shortstop Derek Jeter have become a running joke on sports talk radio. He continually gets the simplest calls wrong to the point where if you watched a Yankee game, turned the television sound down and listened to Sterling on the radio, you would think you were tuning in to two different games.

He speaks of a sold out and jammed stadium while you see for yourself that half the seats are empty. All you need is fair eyesight and a little common sense to realize that what you hear is not what you see and, therefore, not the truth.

The last few weeks have seen a series of remarkable and tragic events in the Middle East.

We see with our own eyes a series of attacks on our embassies abroad, the most devastating being in Libya where Ambassador Chris Stevens was murdered along with three other brave Americans. The attack occurred on the anniversary of 9/11 and was an organized and militaristic-style attack.

This is what we saw – what did we hear?

The president would not admit that this was a terrorist attack, even though his press secretary admitted as much. He even called it “a bump in the road.”

We see with our own eyes that the President turns down a meeting with Israeli Prime Minister Netanyahu in favor of appearing on Letterman and The View, attending fundraisers in Las Vegas and Jay Z’s luxury apartment and sitting for softball questions from 60 Minutes. We watch how Iran’s leader comes tothe UN once again to spew hatred toward Israel and America.

This is what we saw – what did we hear?

Believing is seeing. As Americans, let’s make sure we don’t forget that on November 6th.