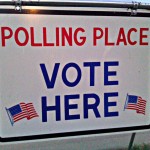 If you picked up the newspaper this morning or listened to the mainstream media on television or radio, you would have heard that the latest poll in the crucial swing state of Ohio had the president leading Mitt Romney by ten points. One’s reaction, like the rest of intelligent and level headed Americans, would be that of amazement. How can Obama be leading by that much when every other poll has the race neck and neck?

One only has to look at the groups that conducted the poll to find out: CBS & The New York Times.

These two entities have a vested interest in seeing Obama get re-elected. They have stumped for him since he was a candidate for the Democratic nomination in 2007, writing glorified stories about him in the newspaper, ignoring the vetting process that modern day America demands of its mainstream media, and doing documentaries and interviews where the toughest question is the equivalent of asking him what his favorite color is.

They are so intertwined with this administration that they are incapable of providing a fact based and honest account of world events. But when it comes to polling, their conduct is even more appalling.

We only have to go back three years to the gubernatorial race in New Jersey. A few weeks before the election, Chris Christie and John Corzine were in a tight race. Everybody realized that it was going to be a dogfight to the end. What many people forget was the fact that many polls showed the third candidate, Chris Daggett, polling between 10-20 percent. Daggett was the candidate most likely to pull votes away from Christie.

What did the polls say about Daggett’s chances? Here is a sampling:

What was the result of the election? We all know by now that Chris Christie won a huge victory in a traditionally Democratic state. But with all the poll data available, what was Chris Daggett’s final tally?

5.8% of the vote. So with that in mind, what exactly did the polling show, even 3 days before the election?

On November 6th, do not be dissuaded into staying home because you hear one candidate has a lead over another. Pollsters, like many political organizations these days, have an agenda, not the electorate’s best interest in mind.