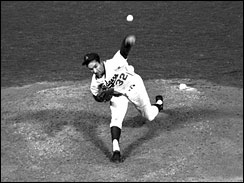 Fitting that on the last day of the 2012 baseball season, a guy named Mitt brought the heat, throwing a perfect game.

Like a fireballer smelling strikeouts, Romney fanned Obama time after time while Obama did his best Red Sox imitation looking bewildered and disinterested.

Romney did exactly what he needed to do. He spoke clearly, directly, took on each issue one at a time and had unapologetic conservative based principled answers for each of Obama’s platitudes.

Romney shocked the president with some chin music early when he called out Obama on his claim of a tax break for moving jobs abroad. 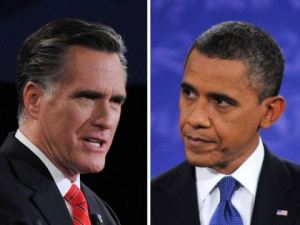 After than Obama was bailing on virtually every pitch culminating with Romeny hitting the outside corner when Mitt explained that we cannot tax ourselves out of this debt. He dismissed Obama’s definition of revenues as only tax increases by explaining that revenues will increase as taxes and regulation are lowered on businesses and job creators. That was the perfect pitch Mitt.

Like Nolan Ryan, Bob Gibson or Sandy Koufax on his game, Romney challenged Obama, bringing the heat. No curveballs, no sliders or change ups from this Mitt; and certainly no screwballs.

There are two debates left. Let’s see if Romney can break Johnny Vander Meer’s record and throw three no hitters in a row.