As we commemorate the twelfth and first anniversaries of the 9/11/01 and Benghazi terror attacks respectively, it is important to consider another, less remembered, though no less politically craven and potentially dangerous attack on the American people. This one came on September 10, 1999, when the violent, unrepentant terrorists of the FALN to whom the Clintons (with assists from Eric Holder, Cheryl Mills and others) granted clemency, were released from federal prison. 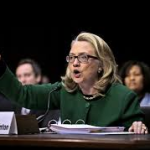 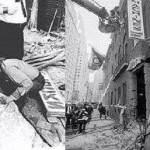 Please be reminded that Benghazi was not the first time Hillary Clinton, Holder and Mills, have obfuscated their roles in disgraceful acts. In fact, this is part of a pattern of excusing, denying and politicizing terrorism to further their political ambitions.

On August 11, 1999, President Bill Clinton offered executive clemency to 16 unrepentant members of the Puerto Rican terrorist group Armed Forces for National Liberation (“FALN”). The FALN attacked America, conducting over 115 bombings from 1974 -1983 including the January 24, 1975 lunchtime bombing of New York’s historic Fraunces Tavern (the site of General George Washington’s emotional farewell to his officers after the Revolutionary War) that killed four innocent people. Among those murdered at Fraunces was my 33 year old father, Frank Connor.

In 1981, the majority of the FALN terrorists were arrested, tried, convicted and sentenced in Chicago Federal Court to 50 to 70 year prison terms for crimes including seditious conspiracy, bomb making, conspiracy to commit armed robbery and weapons possession.

As Ron Kolb reported in Real Clear Politics, “At sentencing FALN member Carmen Valentine taunted the judge: “You are lucky we that we cannot take you right now.”  She then called the judge a terrorist, and said that her shackles kept her from killing him. FALN member Dylcia Pagan addressed the court: “All of you, I would advise you to watch your backs.”  FALN member Ricardo Jimenez told the Judge, “You can give me the death penalty, you can kill me now.”

“You say we have no remorse. You’re right,” FALN member Ida Rodriguez told the judge. “Your jails and your long sentences will not frighten us.” Judge McMillen agreed that the defendants showed no remorse. “I’m convinced you’re going to continue (terrorism) as long as you live. If there was a death penalty, I’d impose the penalty on you without hesitation.”

Prior to the Clinton clemency offers, FALN supporters received a reported nine meetings with White House and Justice Department officials including then Deputy Attorney General Eric Holder while victims and families were ignored. Incredibly, the FALN terrorists never requested clemency themselves. Instead a “support committee” petitioned clemency on their behalf. Inexplicably, the Justice Department conducted the standard investigation which resulted in Pardon Attorney Margaret Love not recommending the terrorists’ release. However Eric Holder fired Love and compelled her replacement, Roger Adams, (who also would not recommend clemency) to draft a neutral “options” memo which provided President Clinton the rationale he needed to offer their releases.

The sixteen terrorists took 30 days to decide to accept their own freedom! Eventually 14 of the 16 accepted clemency and walked free on September 10, 1999. Two defiantly refused the offer.

At his 2009 AG Senate Confirmation Hearing Eric Holder asserted that clemency was “reasonable” as those terrorists were “non violent,” not specifically convicted of killing or harming anyone. This was a flat out lie. These terrorists were convicted of willfully and knowingly joining a conspiracy to commit acts of violence, including 28 bombings in the Chicago area that maimed several people. Further, all evidence indicates that those convicted in Chicago were members of the same conspiracy that killed five people in New York, including those in the Fraunces Tavern bombing.

Like the failures and cover-up in Benghazi, the reasons for the clemencies were purely political and obviously an attempt to further Hillary Clinton’s political career. In 1999, Hillary was planning her 2000 U.S. Senate run against presumed candidate Rudy Giuliani. Offering clemency to these terrorists was designed to help her gain footing with New York’s substantial Puerto Rican community.

However, Clinton and her team miscalculated. Instead of a quiet release and minimal fallout, (like they also hoped for with Benghazi), the terrorists did not immediately accept clemency while a firestorm erupted. They were allowed an astonishing 30 days to consider their release as the FBI, Bureau of Prisons and various law enforcement organizations condemned the offers. Forgotten victims and families like mine publicly demanded answers from the Clintons. The Senate passed a resolution of condemnation by a bipartisan 95 -2 vote as media outlets hammered the administration.

Many of the political figures and issues are the same today as in 1999. Just as Hillary Clinton, her State Department Chief of Staff Cheryl Mills and Obama AG Eric Holder have obstructed the inquiry on Benghazi, in 1999 these very people obstructed the outcry that arose in the wake of the FALN clemencies.

Both cases raise the same patterns:

Why in 2013 is the executive branch obfuscating, refusing to explain the truth of Benghazi to the American people?

Why in 1999 did they misrepresent the facts regarding convicted terrorists whose organization killed five Americans and maimed scores of others?

Why in 2013 did they knowingly misrepresent facts regarding terrorists who attacked an American outpost and killed four?

Why in both cases did they minimize the lives and deaths of those Americans murdered by terrorists in attempts to use terrorism for their political gain?

In 1999, Cheryl Mills personally advised the House Government Reform Committee of President Clinton’s assertion of executive privilege stonewalling the inquiry into the FALN. As a result none of the Justice or FBI officials testified at the Congressional hearings at which we prophetically warned that releasing these terrorists would only encourage more terrorism. Our immediate family and greater American family were horrifically proven correct exactly 2 years later on 9/11/01 when my brother and I eye witnessed the attacks on the World Trade Center that murdered our cousin and father’s god son Steve Schlag among the 3,000 innocent people massacred.

This is the same Cheryl Mills who Assistant Secretary of State Beth Jones informed the day after the Benghazi attacks that Al Qaeda-linked terrorists were involved yet attempted to muzzle State Department official Gregory Hicks from speaking freely about Benghazi with Congressman Jason Chaffetz.

This is the same Hillary Clinton who, in 1999, supported the release of the FALN terrorists based on a pathetic, simplistic and absurd condition that sworn terrorists denounce violence. It was not until the public backlash against the clemencies, that HIllary suddenly opposed her husband’s offers.

This is the same Hillary Clinton whose State Department in 2012, based on a pathetic, simplistic and absurd claim that a video caused the attacks, denied Benghazi was the work of terrorists.

This is the same Hillary Clinton who, in 1999, dismissed the lives and ignored the family members of FALN victims and in 2013 shrieked “what difference does it make” why Ambassador Stevens and those brave seals were murdered.

This is the same Eric Holder who, at his 2009 Senate Confirmation hearing (at which I testified) claimed he didn’t know the FALN terrorists whose release he engineered had engaged in violent crimes and were filmed by the FBI building bombs. Today’s Holder has brought no terrorists to justice in Benghazi because, as Dick Morris reported, he lacks the evidence to try terrorists in Civilian Court rather than Military Tribunals so instead they walk free.

I said in 1999, “It is painful to think that my father’s life was worth less to the president than his wife’s election.”

I regret a year later, as Hillary plots another run for higher office, the families of those slain in Benghazi are feeling a similar pain now.