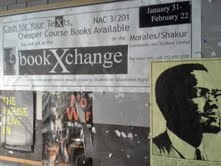 Tuesday night at the Republican Convention, NJ Governor Chris Christie indicted Hillary Clinton and the Obama Administration for, among other things, their capitulation to Cuba without securing the return of Black Liberation Army (BLA) leader Joanne Chesimard.

Undoubtedly many viewers asked themselves, “Who is Chesimard? How does our government allow this fugitive refuge to remain in Cuba? How many other fugitives from American Justice do the Castros protect?”

BLA leader Assata Shakur / Joanne Chesimard, the cop killer, is the inspiration behind Black Lives Matter (BLM).  She is on the FBI’s most wanted list. Her words prominently adorn BLM’s website.

BLM is a group inspired by cop killers of yesterday. They inspire cop killers today, and are the people Hillary Clinton and Barack Obama side with over the police.

In 1973, as a leader of the Black Liberation Army, Joanne Chesimard murdered New Jersey State Trooper Werner Foerster during a wild shootout after a routine traffic stop on the NJ Turnpike.  She and a BLA comrade were captured, tried, convicted and sentenced to life in prison.  Chesimard, with the help of other Marxist radicals of the time, escaped from prison in 1979 and were eventually welcomed by Cuba where she has been a guest of the Castro regime since the mid-1980s.

But Chesimard is not alone. In fact there are a reported 70 fugitives from American Justice currently receiving safe harbor from the Castros including infamous FALN bomber William Morales. Like Chesimard, Morales is a convicted, escaped terrorist on the FBI’s Most Wanted List and a guest of the Castros’ Cuba since the 1980s.

In 1975, Morales was a leader of the Marxist, Puerto Rican Terror Group, FALN who waged a decade long war including some 130 bombings against the American people.  Morales almost certainly built the bomb used to murder my father, 33 year old Frank Connor and three other innocent men while wounding scores at the infamous lunchtime terror bombing of New York’s historic Fraunces Tavern.

On July 12, 1978 (would have been my dad’s 37th birthday) a bomb Morales was constructing at the FALN’s Queens New York bomb factory detonated blowing off nine of Morales’ fingers and part of his face.

Like Chesimard, Morales was tried, convicted and, in 1979 sentenced to 99 years on New York State and Federal charges. He escaped from New York’s Bellevue Prison Hospital with the help of fellow Marxist radicals, and was arrested in 1983 after a wild shootout where a Mexican police officer was murdered. In 1988 Morales was given safe haven in Marxist Cuba despite the protests of the Reagan Administration.

Morales and Chesimard are inextricably connected and have together achieved cause celebre status by the radical American left. They were even interviewed together in Havana and had a student / community center named for them at City College of New York. Disgracefully, The Guillermo Morales / Assata Shakur center stood for decades at CCNY and was only shut down in 2013 due to public pressure on the school’s administration.

M! Can you imagine, a student / community center on public college campus named in honor of convicted, fugitive cop killers and terrorists?  And my father attended City College!

As Hillary Clinton geared up for her 2000 senate run from New York, in an ill-advised attempt to win votes from New York’s Hispanic community she and then Deputy AG and future Obama AG, Eric Holder pushed her husband Bill Clinton’s 1999 offer of executive clemency to Morales’ unrepentant FALN comrades.

These convicted terrorists, many of whom threatened the judge at sentencing, did not even apply for clemency and for 30 days refused their freedom. Finally all but one, Oscar Lopez Rivera, accepted clemency and walked out of prison on September 10, 1999. Lopez remains in prison today but there is a crusade among the American left for President Obama or, God forbid, a second President Clinton to offer Lopez a second clemency grant.

Hillary Clinton and Obama’s capitulation to terrorists didn’t begin or end with the Castros and Black Lives Matter. As Secretary of State Mrs. Clinton was the main architect of Obama’s normalization of relations with terror supporter Cuba without ever demanding the return of these terrorist fugitives.

Obama and Clinton’s capitulation to a regime in Cuba that has supported terrorists for decades is no different to their pandering to the terrorists of the FALN and now to Black Lives Matter.

The difference between BLM and BLA is indeed but a single letter. Clearly their inspiration and aspirations are identical.

How can we win the war against domestic and international terror if we refuse to prosecute these known terrorists?

It is time for America to demand the return of these fugitives from Cuba.

I call on Mrs. Clinton, as architect of our current policies toward Cuba to immediately demand President Obama secure the return of Morales, Chesimard and the other fugitives.

I call on Mr. Trump to heed Governor Christie’s words and pledge that if elected president he will immediately secure the return of Morales, Chesimard and the other fugitives from Cuba.