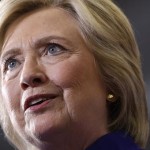 Between 1974 and 1983 the FALN claimed a decade long terror war against the US for Puerto Rican “independence” but planned to transform Puerto Rico into a Cuban bases Marxist state.   Nine people were seriously injured in 28 Chicago area bombings.  Six were murdered in NY, including four (60 injured) in the horrific January 24, 1975 lunchtime bombing of historic Fraunces Tavern in lower Manhattan.

My father, Frank Connor, only 33, was murdered at Fraunces.  Our family planned to celebrate my recent 9th and brother’s 11th birthdays the night of our father’s murder.

By 1981, eleven of the FALN terrorists were arrested, tried, convicted and sentenced at a Federal trial in Chicago. Sentences ranged from 50 to 70 years for bomb making, conspiracy to commit armed robbery, seditious conspiracy, and illegal possession of weapons including C4 plastic explosives and huge caches of ammunition and dynamite.

At their sentencing, the terrorists stood, taunted and threatened Judge McMillen, calling him a terrorist and that their shackles were what kept them from killing him. McMillen replied, “if there was a death penalty, I’d impose it without remorse.”

Eighteen years later, on August 11, 1999, President Bill Clinton unexpectedly offered executive clemency to 12 of these violent and unrepentant terrorists who, did not even request clemency themselves but had it thrust upon them.

Please click here or on the link below for the full story.
http://townhall.com/columnists/joeconnor/2016/09/25/hillary-clinton-cannot-be-trusted-to-win-the-war-against-terrorists-n2223217

2 thoughts on “Hillary and the Terrorists”