In the most thorough discussion of Shattered Lives, over the course of an hour interview today, John Gibson and Joe Connor answered in detail: 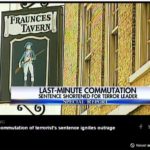 Shattered Lives, Overcoming Fraunces Tavern Terror is ultimately an uplifting though cautionary story of uniquely American families overcoming and fighting back against the murder of their loved ones, the political use of their murders by the highest levels of the United States government and families keeping our loved one’s memories alive.

Please click the link below and go to Wednesday April 18, 2018  hour 3 for the full interview.

Shattered Lives is now available on Amazon and Kindle.

2 thoughts on “On April 18, John Gibson and Joe Connor spoke for a full hour about Shattered Lives on John Gibson’s radio show”